Prepare for a bushfire

My Bushfire Plan is a bushfire preparedness tool, providing you with one place to prepare, store, print, share and update your bushfire plan anytime, from any device.

Prepare for a bushfire now and protect what matters most. Fire Danger Ratings (FDR) are issued daily and describe the potential level of danger should a bushfire start. They provide important information so you can take action to protect yourself and others from the potentially dangerous impacts of a bushfire.

Launching on 1 September 2022, the Australian Fire Danger Rating System (AFDRS) is a new, nationally consistent FDR system that features four simplified rating levels to more accurately reflect fire danger conditions and provide you with clear messages of what to do at each level.

The rating is your prompt to take action to stay safe. You need to stay informed and know what the FDR is for your area each day.

Most fires can be controlled.

Be ready to act

Fires can be dangerous.

Fires will spread quickly and be extremely dangerous.

If a fire starts and takes hold, lives are likely to be lost.

Don’t leave it too late to make a bushfire plan. Get prepared for bushfire season and create or update your plan now.

What is the Australian Fire Danger Rating System?
Why has the system changed?
Who was responsible for the AFDRS change?
What are the new ratings?
Why is Moderate the lowest rating?
Does ‘No Rating’ mean a fire won’t start?
How can I share information about the Fire Danger Ratings with my community?
How can I check my Fire Danger Rating today?
What else should I do to stay prepared ahead of bushfire season?

Your best chance of surviving a bushfire is to plan in advance and be prepared for the decisions you will have to make about leaving or staying and defending.

Know the bushfire alerts and warnings

If you live in a bushfire risk area, you need to understand the Bushfire Warning Systems before a fire threatens your home. The alerts give information on how severe a bushfire is once it’s started. Alerts have three warning levels indicating the increasing risk to your life or property, and the decreasing amount of time you have until the fire arrives.

For all current bushfire alerts and warnings visit emergency.wa.gov.au When a bushfire is likely to impact your home, staying to defend it or preparing to shelter in place is extremely dangerous. You must be mentally and physically ready and have an extensive emergency kit plus an independent supply of power and water to increase your chances of survival.

If you don’t know that you could handle the life-threatening situation and keep your family safe, then your best option is to evacuate early and have an emergency evacuation kit.

You should prepare your kit before the bushfire season and keep it in an accessible spot that everyone knows about.

Prepare your home and property New Standards in Western Australia are making it easier for people to protect their property from bushfires. The introduction of Bush Fire Risk Treatment Standards allows landowners or occupiers, within certain areas of the State, the ability to undertake specific vegetation management activities around residential and public buildings. If followed, the Standards ensure they will not be liable to prosecution under other laws. Open the Standards here or visit the Western Australian Government Gazette.

As a property owner, you have an important role in reducing the bushfire risk to occupants, visitors and neighbours. One of the most important steps is the creation and maintenance of an Asset Protection Zone (APZ).

An APZ is a low-fuel area immediately surrounding a building. It should include a defendable space adjacent to the building, which is no less than three metres in width, has minimal vegetation and is free from combustible items and obstructions. If correctly designed and maintained, an APZ can increase the likelihood that your building can be defended during a bushfire and that it will survive if left undefended. Prepare your pets and livestock

When preparing your bushfire plan, think about the welfare of your pets and livestock. You have a duty of care for them, and having a plan means you can act early to give your animals the best chance of survival.

If you can’t take them to an alternative location in advance, you should plan to find a safe area on your property for them to shelter. For livestock, look for a large, well fenced sandy area without trees or buildings nearby, and easy access to a dam. Ensure that your animals have access to adequate food and water. 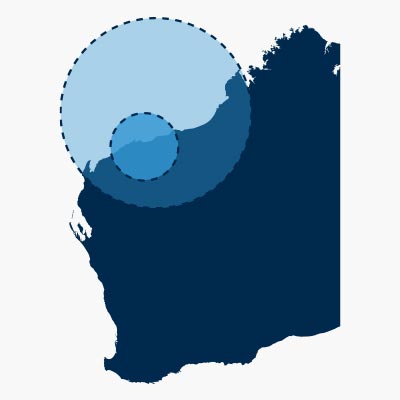 Tips for your animals and pets in bushfires

Prepare your community with Bushfire Ready

Bushfire Ready is a community-led program that encourages local residents to learn about planning and preparing for bushfires by working together.

How does Bushfire Ready work?

Why should I get involved with Bushfire Ready?

How do I get started?

If a bushfire has started, then you need to monitor official warnings.

In the wake of a bushfire, it can be incredibly daunting to return home.

An education hub where bushfire management personnel can come together for training and learning.

Find out if your property is located in a bushfire prone area and view the planning requirements.

A Total Fire Ban is declared when a fire is likely to spread rapidly.

The process of planning and applying fire to a predetermined area.

Bushfire risk when you live in a rural or farming area.

To survive a bushfire you must be prepared to make your own decisions.

Support for at risk communities